Last week, I found myself outside the Metropark Hotel in Wanchai, “Hotel Quarantine” on account of the one week government lockdown of guests and staff for the purpose of stopping the spread of Swine Flu/ H1N1 . Considering the hotel is adjacent to one of Hong Kong‘s busiest thoroughfares, Hennessy Road, the eeriness, like a scene from the film ‘28 Days‘ was compounded by all the uniforms of different protective clothing, the masked visages, the gloves, the ambulances and police vans. Inside guests fought boredom, celebrated birthdays, and made innocous signs to the media scrum as the countdown to the lifting of the quarantine approached single digits. Around the corner on Lockhart Road, a completely different scene. Wanchai’s bars were thronged with revellers… life goes on. But does it? Was this not a full dress rehearsal by the Hong Kong authorities for dealing with the consequences of a full pandemic?
Back in 2003 the Metropole Hotel (the sister hotel of the Metropark) in Kowloon was ground zero during the Severe Acute Respiratory Syndrome (SARS) crisis, a more sinister health scare, which fueled by a media frenzy had people initially convinced it was airborne.  Standing across the street from the hotel, it wasn’t just the ‘double whammy’ of bad-luck incurred by the hotel owners I was contemplating, but rather how effective such measures by the authorities will be when a true pandemic materialises. Time for a Tamiflu innoculation. 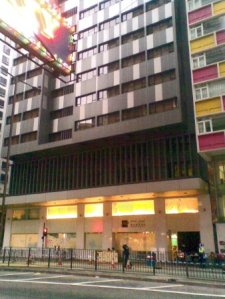 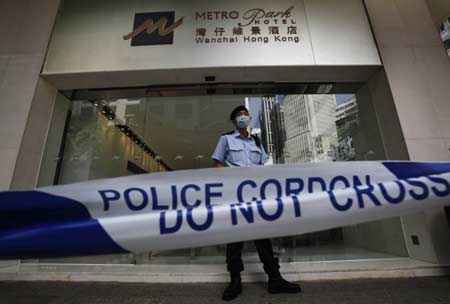 So did you learn something? Have a comment? Cancel reply