Growing up in 1970s and early 1980s Ireland I remember the labels “mentally retarded”, “mongolian”, “mongol” and “mongoloid” being used in casual conversations when referring to people with intellectual disabilities, or Down Syndrome. I plead guilty to pronouncing such stereotypes. By condoning or even saying such humiliating remarks, unknowingly I was in effect robbing people with intellectual disabilities of their individuality and dignity.

Such degrading descriptions of people with intellectual disabilities have been cultivated over many years:

Imbecile, idiotic, hardly human, retarded, not a person..?  No way!

Why the Beijing 2008 Olympic Games contestant will never match the spirit, resolve and strength of mind of the Shanghai 2007 Special Olympics World Summer Games athlete?

Held in Shanghai from October 2nd to October 11th, my colleague and I attended the Games as volunteers hoping to be of some assistance to the 151 member Irish team, their euphoric family members and the 200 volunteers who had fund-raised over €1,000,000 for Special Olympics Ireland.

Looking back on that week I can honestly express it as one of the most heartening, and touching experiences of my life.

For anyone who has never been to one of these momentous events, it is worth the time and effort to appreciate the extent of human potential and to recognise that each unique human gift has a place in society.

Witnessing the social and cultural transformation of the underserved and often marginalised intellectually disabled as I did at the Games in Shanghai certainly made me feel ashamed, very ashamed.

Imbecile, idiotic, hardly human, retarded, not a person..?  No way!

Appreciating the value and importance of including people with intellectual disabilities into all aspects of life, I look forward to the next Special Olympics World Summer Games, which will be held in Athens in 2011.

[Note: The previous 11th Special Olympics World Summer Games held in Dublin, Ireland, in 2003 was mired in controversy even before the Opening Ceremony following the Irish Government’s banning of the Team Hong Kong’s participation due to worries about SARS. An outraged Niall O’Reilly decides to write two letters highlighting the Irish Government irrational and hypocritical decision…. To read more click: https://nialljoreilly.com/2007/09/21/special-olympics-world-summer-games-shanghai-october-2-11-2007/ ] 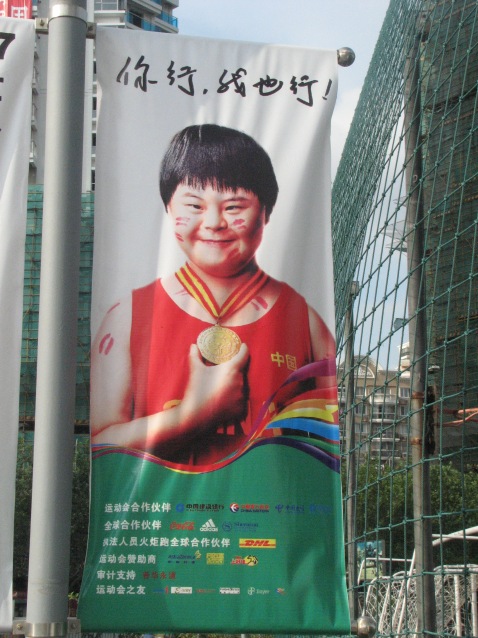 2007 Special Olympics World Summer Games: “I know I can” 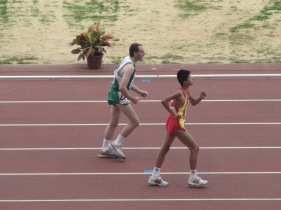 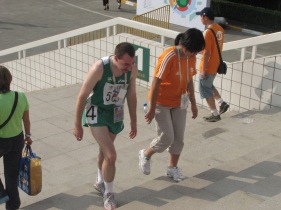 2007 Special Olympics World Summer Games: “I know I can”. Team Tanzania athlete flies over the finish line…. and keeps running 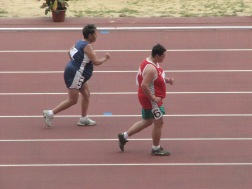 2007 Special Olympics World Summer Games: “I know I can.” Abled, not disabled